After looking at the cinematic landscape and looking past, say, Beauty and the Beast and Power Rangers fan servicing, we’ve singled out 20 movies we’re anxious to get our eyeballs on. Keep in mind, these are movies that have release dates at the moment (even if, of course, said dates are subject to change).  But these are the ones you should be looking out for before the year runs out.

Click and Watch the short trailer of the movies;

Yeah, we were guessing he’d be back. Keanu Reeves returns as the dog-loving hitman in the sequel to the hyperviolent 2014 hit; this time, the gun-fu master must takes on a squadron of assassins in Rome (including Common and new boss-level badass with Ruby Rose), armed with only several dozen weapons and a new canine sidekick. As Lance Reddick’s concierge character says to Wick, “Good to see you again so soon’

3. A CURE FOR WELLNESS

Gore Verbinski returns to the director’s chair for the first time since his Lone Ranger debacle to helm this psychological thriller, starring Dane DeHaan as an ambitious corporate lackey who goes looking for his missing boss at a creepy European spa. The longer he stays, however, the harder it is to leave, thanks to the resort’s strange hold – which is possibly pharmaceutical, potentially supernatural and definitely involves coming into close contact with writhing eels. Expect this film to be a trip, in both the “taking a journey” and “dropping acid” senses of the word.

After five seasons of merciless racial satire via sketch comedy, Key & Peele‘s Jordan Peele brings the tensions between black and white America to the big screen via a hard left turn into surreal horror. For his directorial debut, he’s crafted a darkly humorous nightmare about a young man of color going to meet his WASP-y white girlfriend’s family; soon enough, he discovers a Stepford Wives-ish secret beneath the polite facade.

The end is nigh for Wolverine – or, at least, the man who plays him. Hugh Jackman has said that this solo X-Men flick, which picks up the action after 2014’s Days of Future Past, will be his final film as the mutton-chopped mutant. That may account for the movie’s mournful, post-apocalyptic-Western tone, with the aged mutant trying to protect a young girl with similar powers.

Other monster movies trade in awe and gravitas; this latest reboot of the King Kong legend looks to be a supremely gonzo action film in which a group of luckless souls stumble across the gigantic primate’s jungle lair. Tom Hiddleston, Samuel L. Jackson, John Goodman, Brie Larson and John C. Reilly won’t just do battle with the great ape but also an island full of giant creatures and beasts – all while delivering lots of quips, if the trailer is to be believed.

The idea is simple: Two groups of criminals meet in a Boston warehouse to negotiate a large weaponry purchase. Things go way south once a personal grudge gets thrown in to the mix, and did we mention that everyone has a lot of loaded guns on the premise? Now put this in the hands of a director like Ben Wheatley, who has never met a genre convention he could not beautifully turn on its head (see Down Terrace, Kill List, Sightseers) and voila!

Even in a year that sees the Alien franchise make its grand return (more on that in a minute), this take on the in-space-no-one-can-hear-you-scream horror subgenre is still more than just another sci-fi thriller about an extraterrestrial picking off a space-station crew. Jake Gyllenhaal, Ryan Reynolds, Mission: Impossible – Rogue Nation‘s Rebecca Ferguson and their fellow astronauts come face to face with some sort of cosmic predator that rapidly evolves as it claims more lives.

Numerous feathers were ruffled last year when it was announced that Scarlett Johansson was playing the Major in this live-action redo of the mega-popular 1995 anime, and you can’t argue that the whitewashing claims aren’t valid.

11. THE FATE OF THE FURIOUS

Sure, the latest in this venerable cars+family-divided-by-Vin-Diesel action franchise could have just gone with Furious 8. But no, they choose what is either the most ridiculous or brilliant title ever – two adjectives that would describe almost every entry in this increasingly nonsensical, physics-defying series. In a shocking plot twist, Diesel’s Dom gets lured to the dark side by a criminal mastermind (Charlize Theron, rocking some choice blonde dreads). So the crew calls on newfound ally Deckard (Jason Statham) – previously the big bad guy – to help stop their old friend. And yes, the Rock is back to deal with any candy-asses who get in his way.

James Gray (The Immigrant) returns with this adaptation of David Grann’s 2009 nonfiction book about British explorer Percy Fawcett (Sons of Anarchy‘s Charlie Hunnam), who was obsessed with uncovering a lost city in the Amazon.

One of the Marvel Cinematic Universe’s most unlikely successes now gets to take a victory lap, via a sequel which sees Chris Pratt’s self-appointed “Star-Lord” Peter Quill and his team of intergalactic misfits enjoying the fruits of their newfound fame. Naturally, some unresolved issues from their respective pasts rear their ugly heads and cause cosmic chaos. The big addition to the cast is Kurt Russell as Quill’s father – a literal planet in human form named Ego.

Goldie Hawn and Amy Schumer are a mother-and-daughter combo who are kidnapped while on vacation in Ecuador. Family dysfunction and action-comedy escapism look to be equal selling points, and we’re curious to see where Schumer’s screen career goes post-Trainwreck.

The latest Alien movie looks like both a return to the original’s “haunted house in space” thrill ride and a steroidal update of the franchise as a whole. Ridley Scott has said this is the second part of a proposed “prequel quadrilogy” after Prometheus.

The D.C. Comics movies of the past few years have been decidedly drearier than their Marvel counterparts, but this summer’s retro take on Wonder Woman promises to bring some brightness back into an oppressively dark superhero universe.

Spiderman is back with another edition, and we’re curious to see how this third reboot of the iconic superhero, in which he takes on Michael Keaton’s techo-crook Vulture, plays out, and whether director Jon Watts (Cop Car) can capture the Spidey comics’ eternal appeal.  more specifically, how the young British actor could nail the kid behind the mask so convincingly in Captain America: Civil War, and everything changed.

The rebooted Planet of the Apes franchise has been one of the stronger pro-arguments for recycled properties, and after two strong entries, director Matt Reeves will attempt to stick the landing with a climactic post-apocalyptic showdown of man vs. chimp.

It was 10 days of intense fighting that claimed the lives of thousands of troops, saved hundreds of thousands of others and eventually helped turn the tide of WWII – and now Christopher Nolan has made a movie out of it.

17. VALERIAN AND THE CITY OF A THOUSAND PLANETS.

French action maestro Luc Besson turns the Gallic comic series Valerian into a big-budget brouhaha and, in the process, delivers what may be his most expensive, ambitious and batshit blockbuster since 1997’s The Fifth Element.

In the last 10 years, Harrison Ford’s most iconic roles – Indiana Jones and Han Solo – have brought him back to the big screen for long-in-the-works, massively commercially successful sequels. So it was only a matter of time until Rick Deckard crossed our path again.

Yes, it’s perfectly reasonable to be nervous about this D.C. all-star team-up, given that director Zack Snyder was the man behind the overblown Batman v Superman. And yet, the prospect of those two caped heroes alongside Wonder Woman, Aquaman and other big-league superheroes is simply too tempting to resist. This is Warner Brothers’ all-chips-in, make-or-break challenge to Marvel’s comic-book-movie dominance. 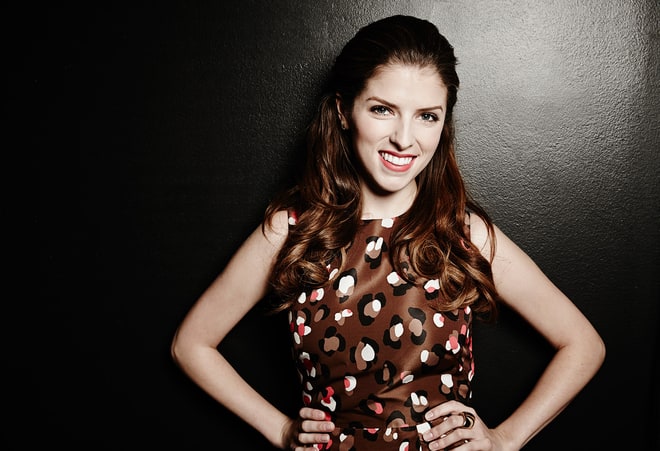 “We’re back, Pitches!” The Barden Bellas return for Round 3, in what will probably be the last original-cast outing for this bubbly comedy franchise (how they can still afford Anna Kendrick and Wilson, much less all those extravagant music rights, is a mystery). Word is mum on what, exactly, everyone’s favorite collegiate Acapella group will be doing in this new movie, but we can guess that it will involve some sort of competition; that there will be a sort of evil-Bellas-twin group involved that will give the troupe a run for their money; and that we’re going to hear a whole helluva lotta pop songs sung sans backing instruments.

Entertainment Industry In Nigeria Is So Vibrant And Wide – NancyMrsHustle