Tallest Model in Sub-Sahra Africa Bakare Mubarak in this interview with Nigezie tv talks about his first modeling experience & the journey so far. 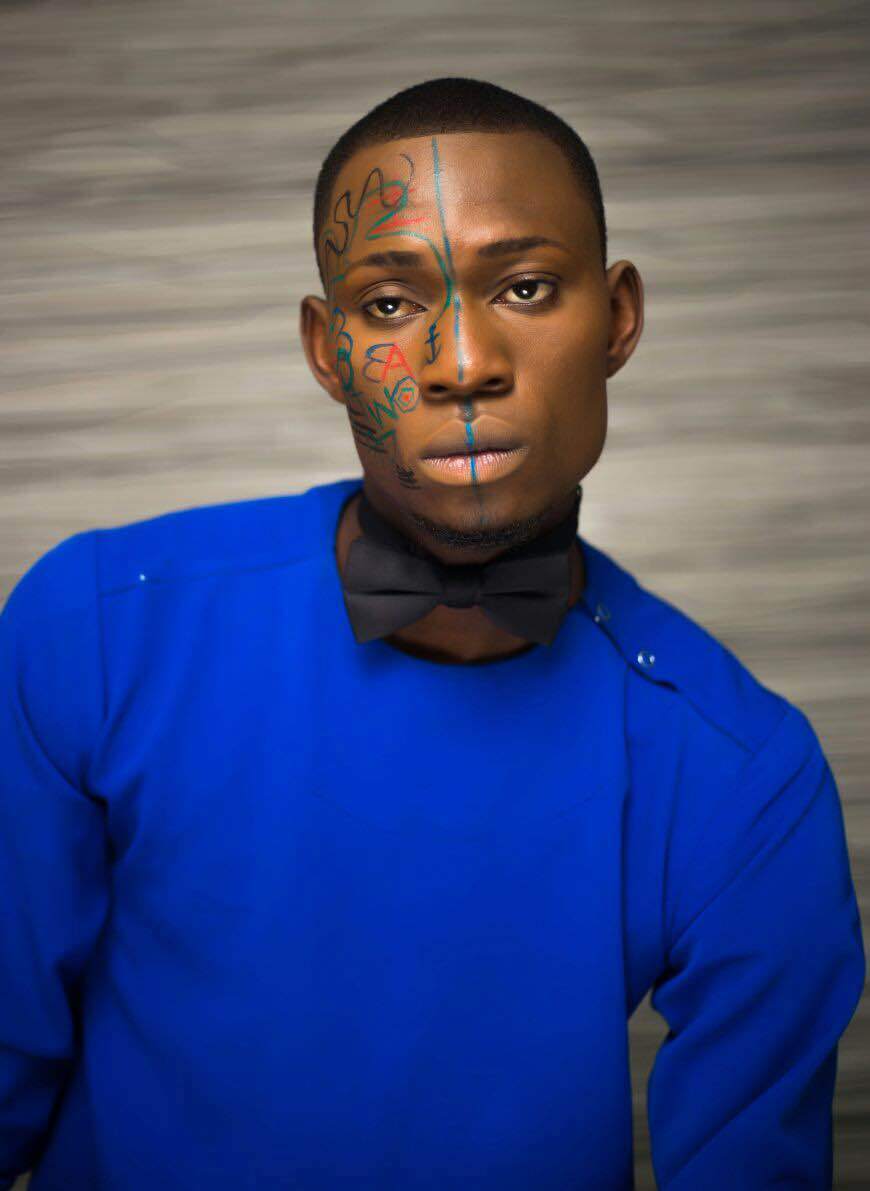 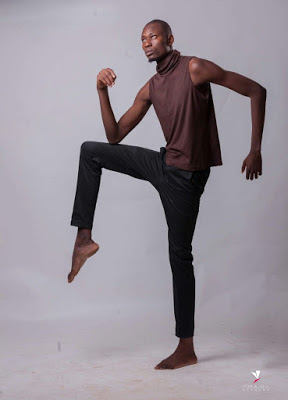 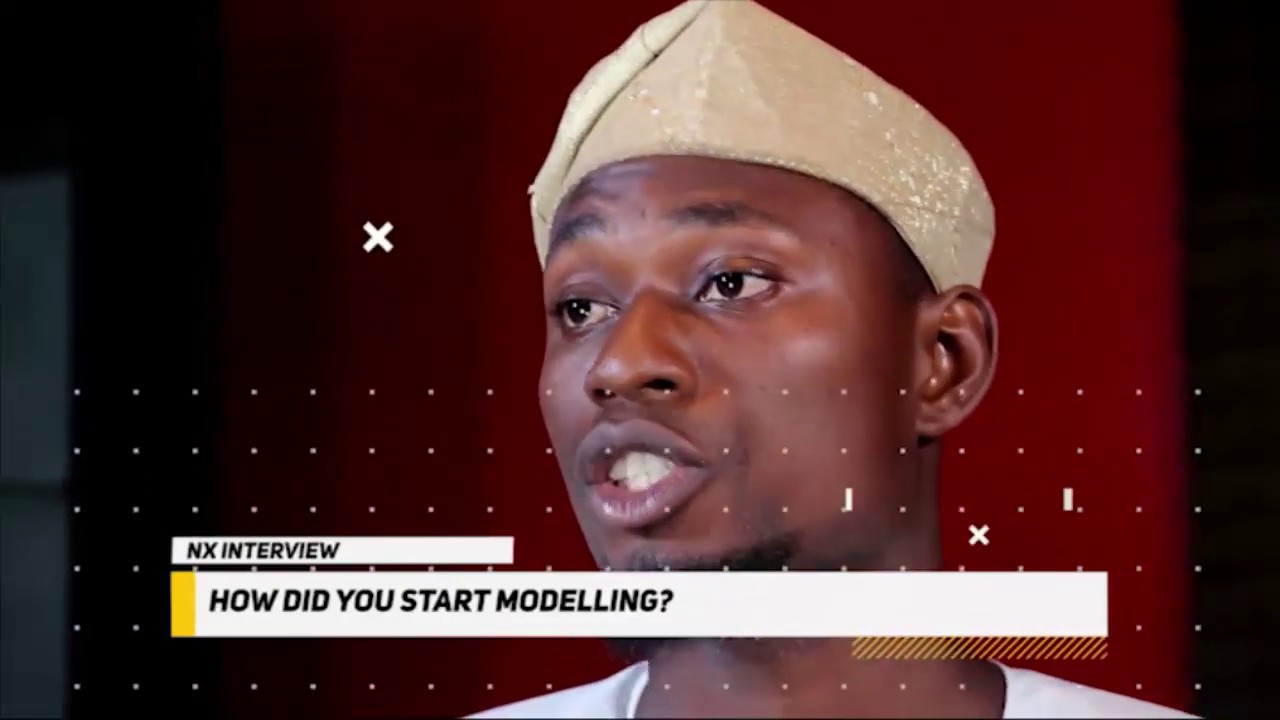 Bakare Mubarak who stands at 6ft 8inhes initially thought he was the tallest man in Nigeria,
until he met Afeez Agoro the tallest Man In Nigeria.

In fact an article on Naija Gists had the words below to say. 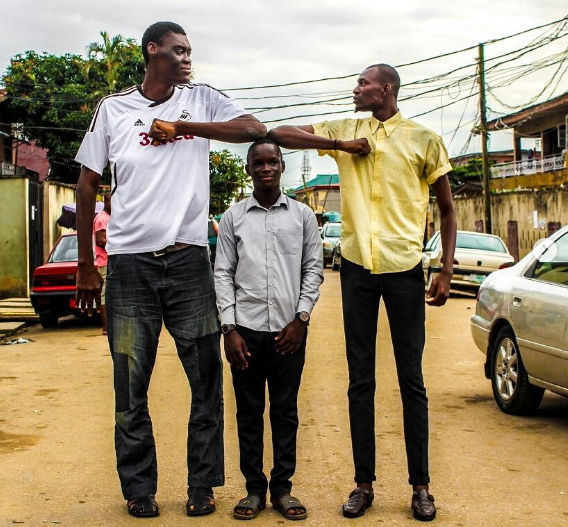 The young model who is six feet and eight inches tall got his bubble busted after meeting with Hafiz who is seven feet and four inches tall. 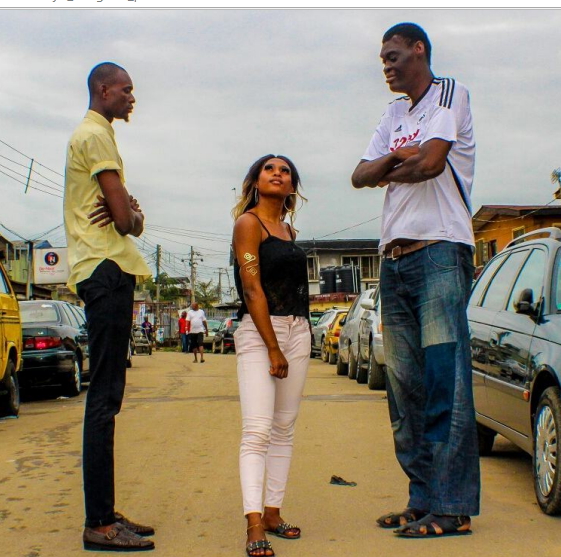 Obviously, they got along properly as the photos depict.