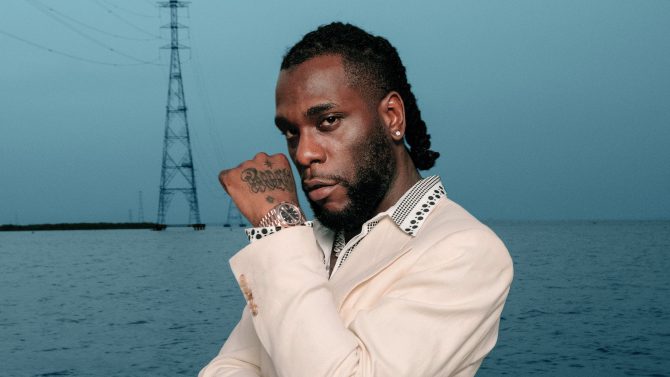 Burna Boy has released the tracklist for his forthcoming album, ‘Twice As Tall,’ which is billed to drop on the 14th of August, 2020.

The 15 track album features the likes of American hip hop mogul, Diddy, Coldplay’s Chris Martin, Senegalese icon, Youssou N’Dour, Naughty By Nature, Sauti Sol, and UK-Ghanaian rapper Stormzy. According to a New York Times article about Burna Boy, the album is set to be produced by Diddy, Timbaland, Telz, Rexxie, Leriq, and on.

It was also revealed that most of the album was recorded during the pandemic, and Burna Boy and Diddy collaborated across an eight-hour time difference via frequent Zoom calls and file transfers. Diddy brought in musical contributions including drums from Anderson .Paak on of the songs, “Alarm Clock” and additional production from Timbaland on another “Wetin Dey Sup”.

Diddy also makes his presence audible with voice-over intros on some songs, briefly upstaging Burna Boy. But he said that the music was about 80 percent complete, including all of the songwriting before he was brought in to provide “fresh ears” and his sense of detail. The album he added, is “a modern but pure, unapologetic African body of work.”