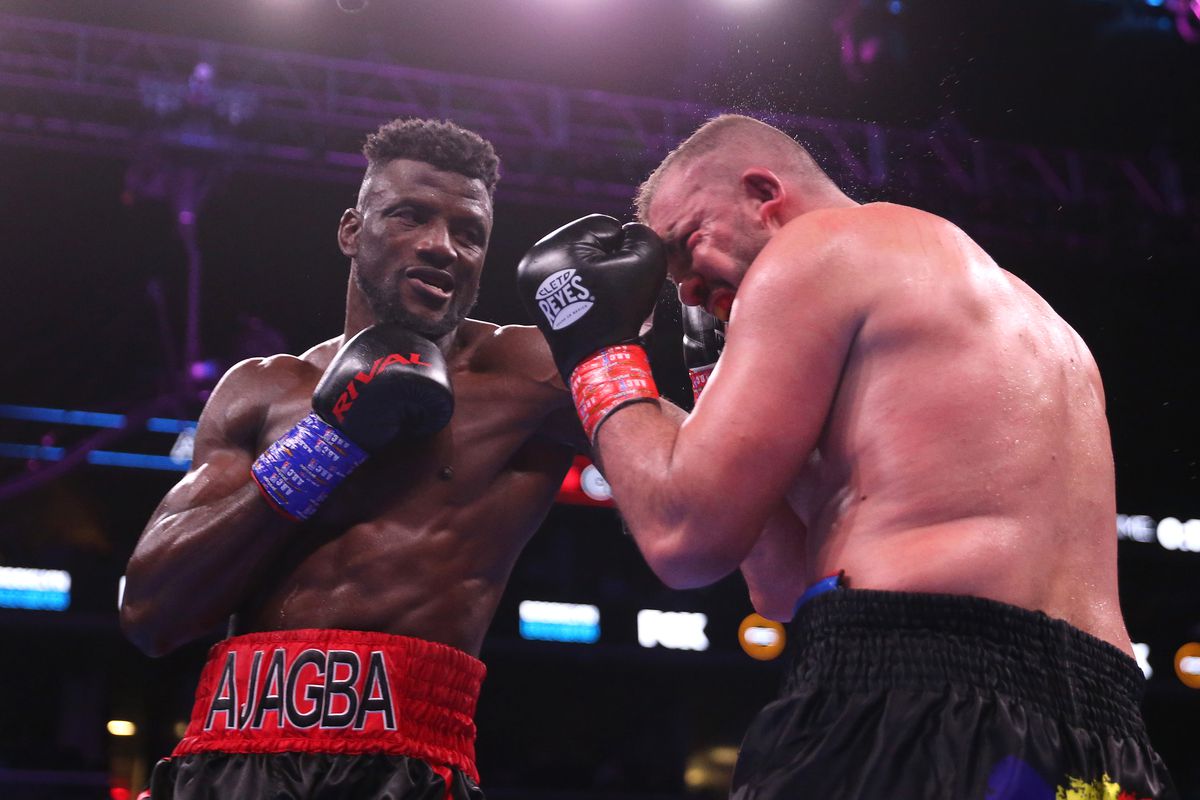 Efe Ajagba is currently having a superb career, as he is undefeated with 13 wins and 11 of them came by knockout.

On Sunday March 8, 2020 at the Barclays Center, Brooklyn, New York – In the co-main event, heavyweight sensation Efe Ajagba (13-0, 11 KOs) delivered a ninth-round stoppage of Razvan Cojanu (17-7, 9 KOs), knocking him down twice en route to the victory.

Ajagba showed the prolific power that has made him a highly-regarded heavyweight nearing a jump from prospect to contender. Cojanu came to fight and had success at various points in the action, landing hooks on Ajagba and slowing down his attack in the early rounds.

In round eight Ajagba’s offensive arsenal began to break through, as Cojanu’s left eye started to swell before eventually closing. Late in round eight, Ajagba connected on a powerful straight right hand that forced Cojanu to take a knee. Watch the knockdown here.

“Ronnie told me to attack the body behind the jab,” said Ajagba. “It was very effective and it started to slow him down. When he got close to me, I knew to throw more and punish him.
“Cojanu has a lot of experience. When I threw my jab, he used his right hand to block my vision, so I couldn’t throw as many combinations as I wanted. It was a good challenge.”

While Cojanu was able to make it through the round, Ajagba continued to press forward in round nine, punishing Cojanu with power shots.

On the night, Ajagba out-landed Cojanu in power shots by a 176 to 81 margin. A flurry by Ajagba late in the round forced Cojanu down again and prompted referee Ron Lipton to halt the bout 2:46 into the round.

“It’s up to my team who we fight next, but I want hard fights,” said Ajagba. “My team has a plan and we’ll keep following it.”

Efe Ajagba (born 22 April 1994) is a Nigerian professional boxer, as a professional, Ajagba holds the record for the fastest victory in boxing history after his opponent was disqualified for leaving the ring 1 second after the opening bell.