See This Famous Man Who Declared WAR Against RAP MUSIC

See This Famous Man Who Declared WAR Against RAP MUSIC

This man called Vladimir Putin who is very popular in Russia has got 99 problems and rap is one of them, hence his move to declare war on rap music.
Vladimir Putin who declared war on hip-hop on Saturday, claimed that “rap is based on three pillars: sex, drugs and protest,” which will lead to “ the degradation of the nation.”

This came after spate of concert cancellations by venue owners and local authorities across Russia, and the arrest of popular rapper Husky, whose songs have gotten under his skin. 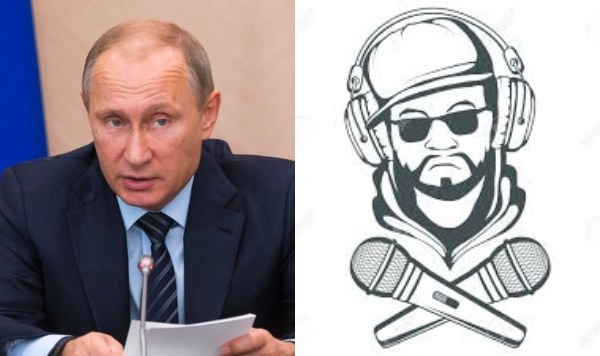 The Russian President who spoke at a St. Petersburg meeting with cultural advisers on Saturday, said that attempts to ban artists from performing will have an adverse effect and bolster their popularity.

“If it is impossible to stop, then we must lead it and direct it.”

According to Wikipedia, Vladimir Vladimirovich Putin is a Russian politician and former intelligence officer serving as President of Russia since 2012, previously holding the position from 2000 until 2008. In between his presidential terms he was also the Prime Minister of Russia under his close associate Dmitry Medvedev.