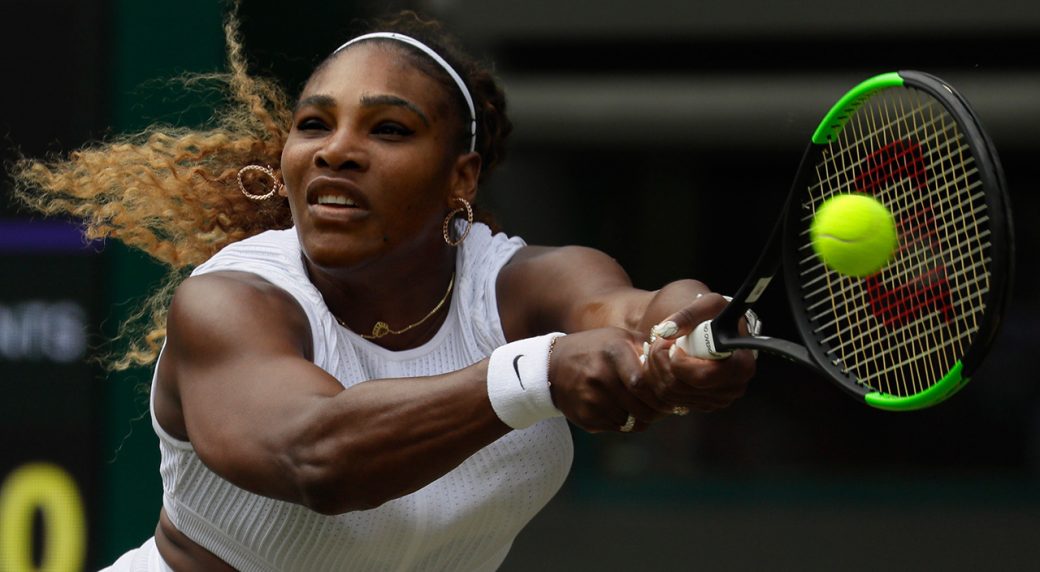 ,h4>Serena Williams marched into the Wimbledon quarterfinals, while Coco Gauff’s dream run came to an end.

Those were some of the major storylines from the women’s Round of 16 actions on Monday at Wimbledon.

Williams, the No. 11 seed and seven-time Wimbledon champ, had little trouble with Carla Suarez Navarro, dispatching her, 6-2, 6-2 to advance to the quarterfinals.

There she will meet fellow American Alison Riske, the unseeded Pittsburgh native who scored the biggest win of her career by knocking off world No. 1 and French Open champion Ash Barty, 3-6, 6-2, 6-3.

If she gets past Riske, Williams would face the winner between Barbora Strycova and No. 19 Johanna Konta. Konta, the Brit, outlasted the two-time champion and No. 6 seed Petra Kvitova, 4-6, 6-2, 6-4.